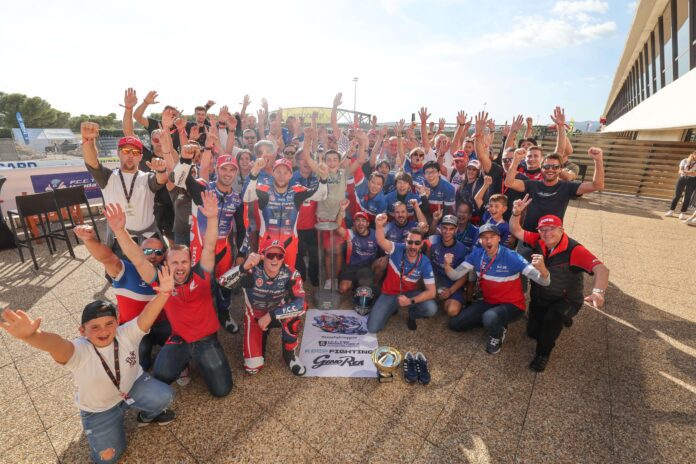 The Bol d’Or in France never fails to bring excitement and suspense, and this year’s edition was no different. The #333 may have won big by winning the 100th-anniversary Bol d’Or, but the Bridgestone supported F.C.C. TSR Honda France won bigger still by claiming FIM Endurance World Championship glory after 24 arduous hours of racing at Circuit Paul Ricard this Sunday.

F.C.C. TSR Honda France’s title success followed a race of high drama and high attrition in the southern French sunshine and comes at the completion of another action-packed EWC season, which also featured 24-hour races at Le Mans and Spa-Francorchamps, plus a return to Japan for the Suzuka 8 Hours.

In front of packed grandstands, Viltaïs Racing Igol’s maiden EWC victory was dramatic and somewhat unexpected. Their Bol d’Or victory meant the four race wins up for grabs in the 2022 EWC were claimed by four different teams, such has been the wide-open nature of the championship this season.

For F.C.C. TSR Honda France, its FIM Endurance World Championship title success follows on from the 2017-18 season when Josh Hook was partnered by Freddy Foray and Alan Techer to the EWC’s top prize. The Japanese squad was one of five outfits in a firm fight for glory starting the Bol d’Or but prevailed as its four rivals hit trouble. All-season riders Mike Di Meglio and Hook were joined on the #5 Honda for the final event of the year by Alan Techer in place of Gino Rea, who suffered serious head injuries in a crash at Suzuka last month but helped F.C.C. TSR Honda France to podiums in the 24 Heures Motos and the 24H SPA EWC Motos earlier in the campaign. Defending champion Yoshimura SERT Motul placed second in the final championship order.

“I know from the past never to think the race is over until the chequered flag” josh hook said. “We’ve come back from much worse situations and won races in the past. We did run into some dramas as everyone else did it seems. We never gave up on it and just kept chipping away. We did a lot of really good race runs all throughout the night and we were consistently fast all three of us. (…) We tried to be as conservative as possible and just bring home the championship for our team, Honda and all our partners.”

After Gregg Black held the lead during the early stages, Kazuki Watanabe was on board the #1 Suzuki GSX-R1000R when trouble struck after 34 laps for Yoshimura SERT Motul. Despite working for more than three hours to try to rectify an engine overheating issue, the team was forced to retire.

“Unfortunately, we had an issue with the engine overheating. We were in a strong position at the time and the crew showed incredible team work to try and fix it, but it was very difficult due to lack of accessible parts. We needed to change certain components for safety reasons, however, even though Suzuki France did all they could to try and help to locate the correct parts, it wasn’t to be. Obviously, we are all extremely disappointed. I don’t like to say ‘this is racing’ but it is … I appreciate absolutely everything every member of the team did today to try and get the bike and guys back out on track. I am very proud of the way they worked.” – Yohei Kato, Yoshimura SERT Motul Team Director

After just an hour, the Le Castellet circuit was already taking its toll, as the championship leaders Yoshimura SERT Motul were forced to retire, having completed just 34 laps. Hanika fought his way up to second and became embroiled in a superb battle with the team leading the race and YART’s only other real title rivals. The race for Bol d’Or glory and the EWC championship was well and truly on. Canepa carried on the good work as the demanding Cote D’Azur circuit claimed another victim when a technical issue for the race leaders allowed the Italian to hit the front and start to build an advantage. At this point, YART were not just leading the race but also provisionally in charge of the championship. When Fritz took over for his second stint, he continued the excellent pace and increased the gap at the front to over 30 seconds.

Unfortunately, that would be as good as it got for the Austrian squad, as when Fritz came into the pits at the end of his second stint, he experienced a technical issue and was forced to bring the bike into the box for repairs. The team immediately set to work on diagnosing the fault and trying to fix it, knowing that their championship hopes were slipping away with every passing second. Incredibly, after three hours, the #7 R1 was brought back to life and sent back out on track in the hands of Karel Hanika in 39th place, 100 laps behind the leaders, as they sought to try and fight their way back into the race and secure as any championship points as possible.

The 26-year-old made it to turn 6 on his out lap before he was forced to stop on track, and despite the best efforts once more of the team, this time, the issue proved to be terminal. YART were forced to retire from the race, having completed 104 laps, and with it, their chance to lift the EWC crown for the first time since 2009 had gone up in smoke. Despite three DNFs in four races in 2022, the pace of the YART team has never been in doubt, as shown by their podium at Le Mans, and they finished the season in sixth overall with 97 points. 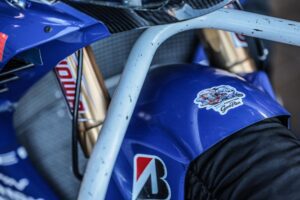 Gino Rea was a much-missed member of the FIM Endurance World Championship family during the Bol d’Or while he continues his recovery from serious head injuries sustained in a crash while practicing for the Suzuka 8 Hours last month. A GoFundMe appeal launched by his family to help his extensive rehabilitation was promoted on live television coverage of the event and across the EWC’s social media channels. All teams were provided with Keep fighting Gino Rea stickers for use on their bikes in a strong show of support for the popular British rider, who helped F.C.C. TSR Honda France to podium finishes at Le Mans and Spa-Francorchamps earlier this season. Click here for more information on the appeal to help Gino Rea.

Fantastic Bridgestone team behind the scenes

Throughout the season, a dedicated and motivated Bridgestone team stood by behind the scenes to help all the teams and riders where needed. The championship would not be such a great success without them. Therefore a big thank you to our tyre fitters, tyre engineers, coordinators,… 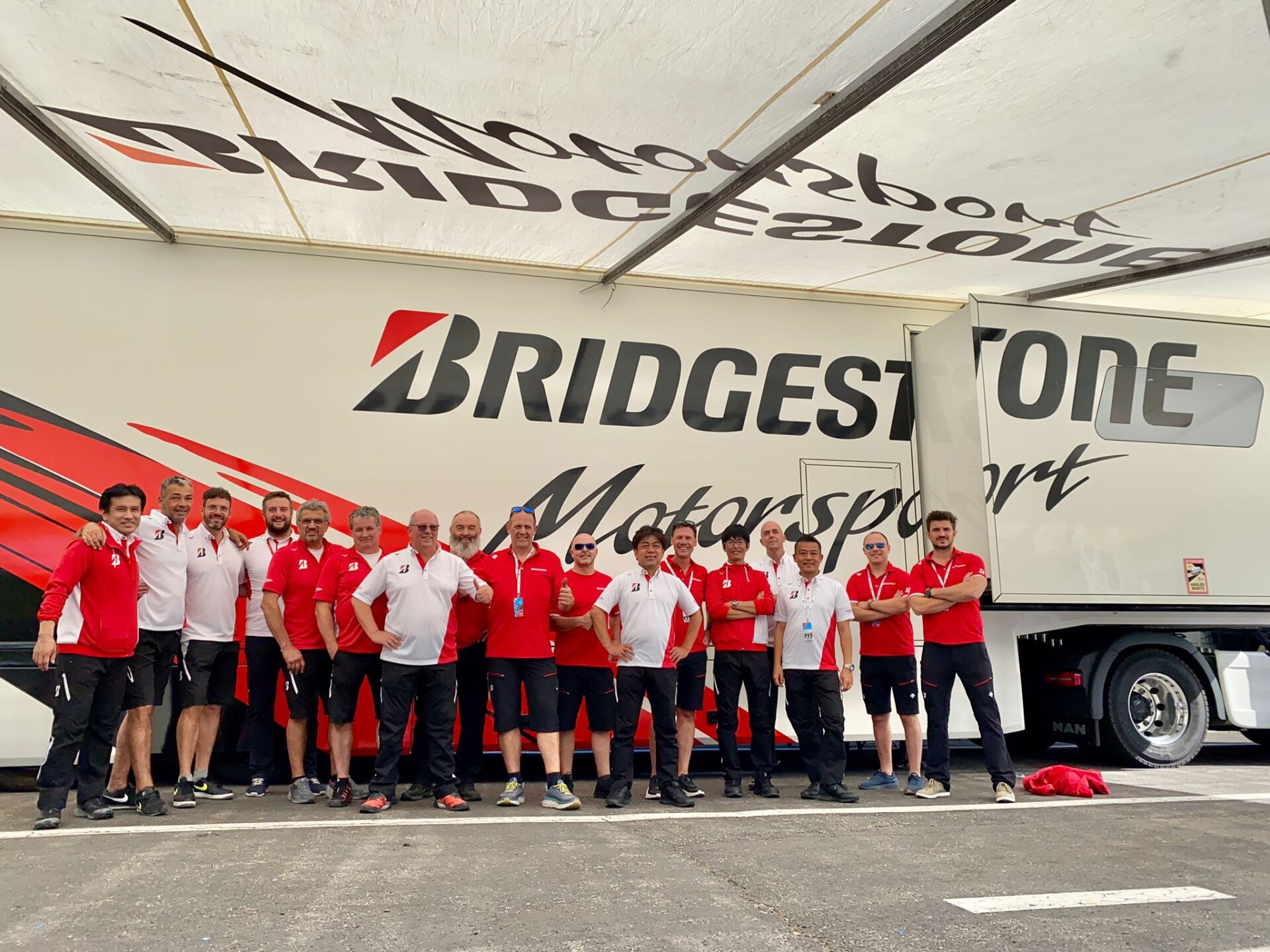