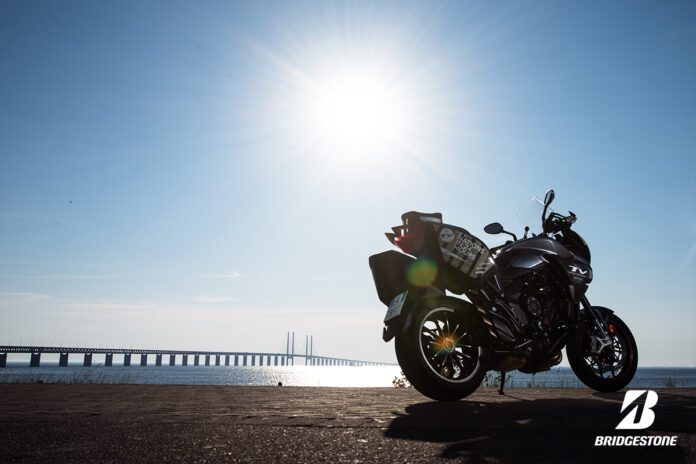 The TVEE epic ride officially started at 5.38 PM, as shown on the receipt from a petrol station in Malmö’s Western suburbs where Boni filled up. A few kilometres in Sweden before crossing the scenic bridge to Denmark, and then all the way down South for an endurance ride Boni and MV Agusta designed to put the new Turismo Veloce to the test. 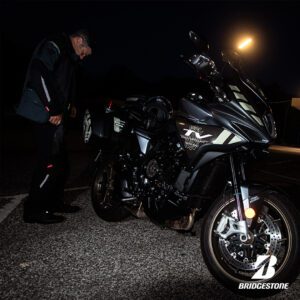 The countdown started on the longest day of the year, June 21st, as Boni also started counting the countries he would ride through, with his mind set on establishing the new world record of 11 countries in less than 24 hours. The TVEE also had the objective of gaining SaddleSore 2000 certification from the Iron Butt Association, “the toughest riders in the world”, by riding 2.000 km in the same lapse of time.
Weather conditions changed several times during the trip: after an unusual warm day in Sweden, a pleasant breeze accompanied Boni while crossing the Oresund bridge into Denmark. A spectacular sunset at the German border was awaiting the rider before a night of heavy rainfall. The sun finally appeared towards midday on the following day, as temperatures rose significantly.

If on one hand the average speed required to achieve the objective was not too high, on the other hand roadworks, traffic and stringent speed limits did not leave much lead-way, let alone time to sit back and relax. In the first five hours some good progress was made, with an average speed of 100 km/h and Boni finding himself ahead of schedule, but the spare time inexorably faded away, and no extra stop-overs to rest or let the engine cool down could be made. The onboard instrumentation confirmed that the engine of the Turismo Veloce had been on for a total of over 23 hours.

An unexpected incident in the Netherlands, a diversion caused by a blocked road, complicated the situation. The diversion had in fact shortened the route by a few kilometres, and Boni also had to slow down, which put the record at risk. The moment of truth in Schiranna: the official recorded distance was 2.003 km! Mission accomplished! World record set!

Valerio Boni commented: “Everything went according to plan, or almost. We reached our objective also thanks to the Turismo Veloce, which proved to be extremely reliable and comfortable, two qualities that certainly were key in this situation. The comfortable saddle, the good protection provided by the windshield, the absence of vibrations and the cruise control function are the most important elements that helped me ride the Turismo Veloce for 2.003 km in 24 hours across 11 countries. It was an unforgettable experience, and a not too tiring one either.”