Yoshimura SERT Motul has made it back-to-back wins in the 24 Heures Motos to begin the defence of its FIM Endurance World Championship title in style. The other Bridgestone supported teams completed the podium, with second place for YART and third place for F.C.C. TSR Honda France. 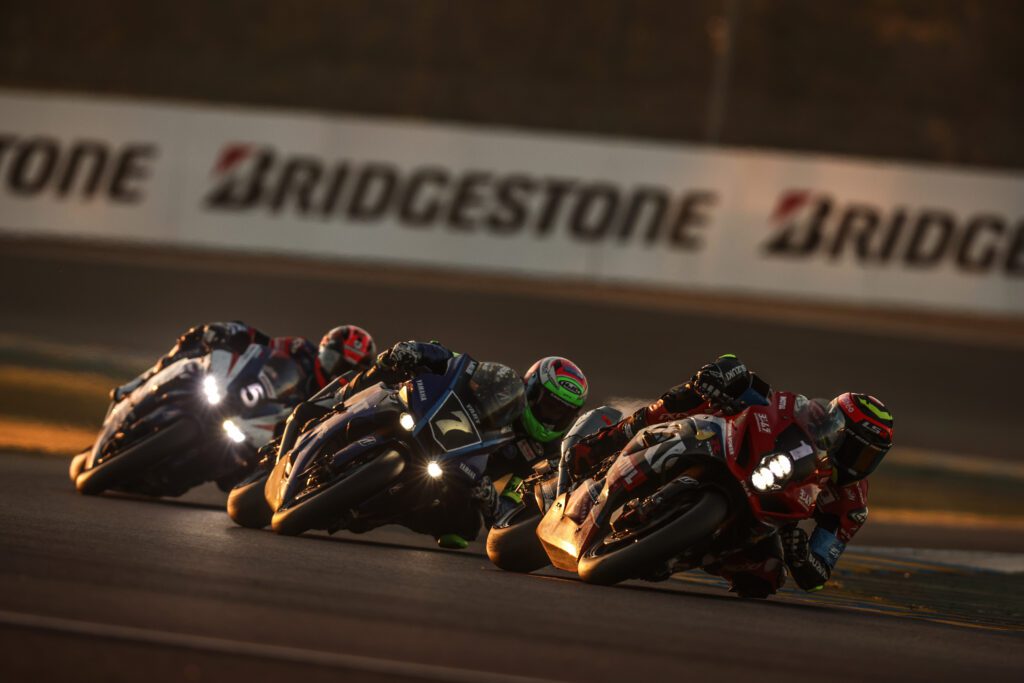 Riders Gregg Black, Sylvain Guintoli and Xavier Siméon were supreme for the Le Mans-based squad to win the 45th edition of an event that welcomed fans back after two years of COVID-19 restrictions and resulted in a combined attendance of 62,000.

Otherwise, it was a result that reflected Yoshimura SERT Motul’s professionalism and meticulous preparation during 24 challenging hours, an approach that was visible up and down the pitlane as tireless human endeavour – mainly by volunteers – took centre stage.

“It’s an incredible victory and much harder than last year,” said British-born Frenchman Black, who was able to take the traditional running start despite injuring his heel during the Le Mans Pre-Test last month. “The other teams were really, really strong so we had to keep pushing for 24 hours, so the stints were intense, fast and the pace was absolutely incredible. My team-mates did a great job, we’re really happy and proud.” 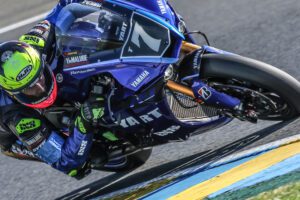 YART – Yamaha Official Team EWC started the EWC season opener on pole position for the third year running after Karel Hanika set a new lap record during Friday morning’s Second Qualifying session. But when the Yamaha YZF-R1 wouldn’t fire up at the start, the Czech rider joined team-mates Niccolò Canepa and Marvin Fritz in engaging in a heroic charge through the field to finish second, despite the starting issue remaining a hindrance throughout the race. 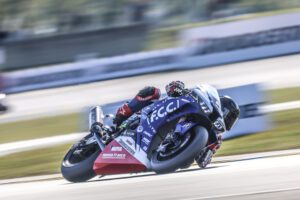 F.C.C. TSR Honda France, with Mike Di Meglio, Josh Hook and Gino Rea riding, was in front after eight hours, but the squad’s challenge soon unravelled with costly pitstops required to fix firstly a gear selector issue and then to replace a broken silencer. A ride-through penalty caused further delay, while team newcomer Rea fell on Sunday morning, but was able to bring the Honda CB R1000 RR-R back to the pits for repair. Although the delay briefly dropped F.C.C. TSR Honda France out of the podium places, it wasn’t long before the position was reclaimed.

What a fantastic start to the season! Our 3 Bridgestone supported teams are all on the podium after an exciting race. We are very proud and looking forward to the other races this season.

A track as legendary as it is demanding hosts international-level motorbike racing for the first time since 2001 when the 24H SPA EWC Motos revives the spirit of the 24 Heures de Liège, once an EWC calendar mainstay. The iconic circuit has undergone extensive safety upgrades mandated by FIM and FMB specifically for the EWC’s return. Central to the changes, which have been ratified by the FIA in line with car racing requirements, are expanded run-off areas at several corners, the repositioning of safety barriers in some sections, plus the minor realignment of Turn 9, for bike use only. More information: https://www.24hspamotos.com/en/