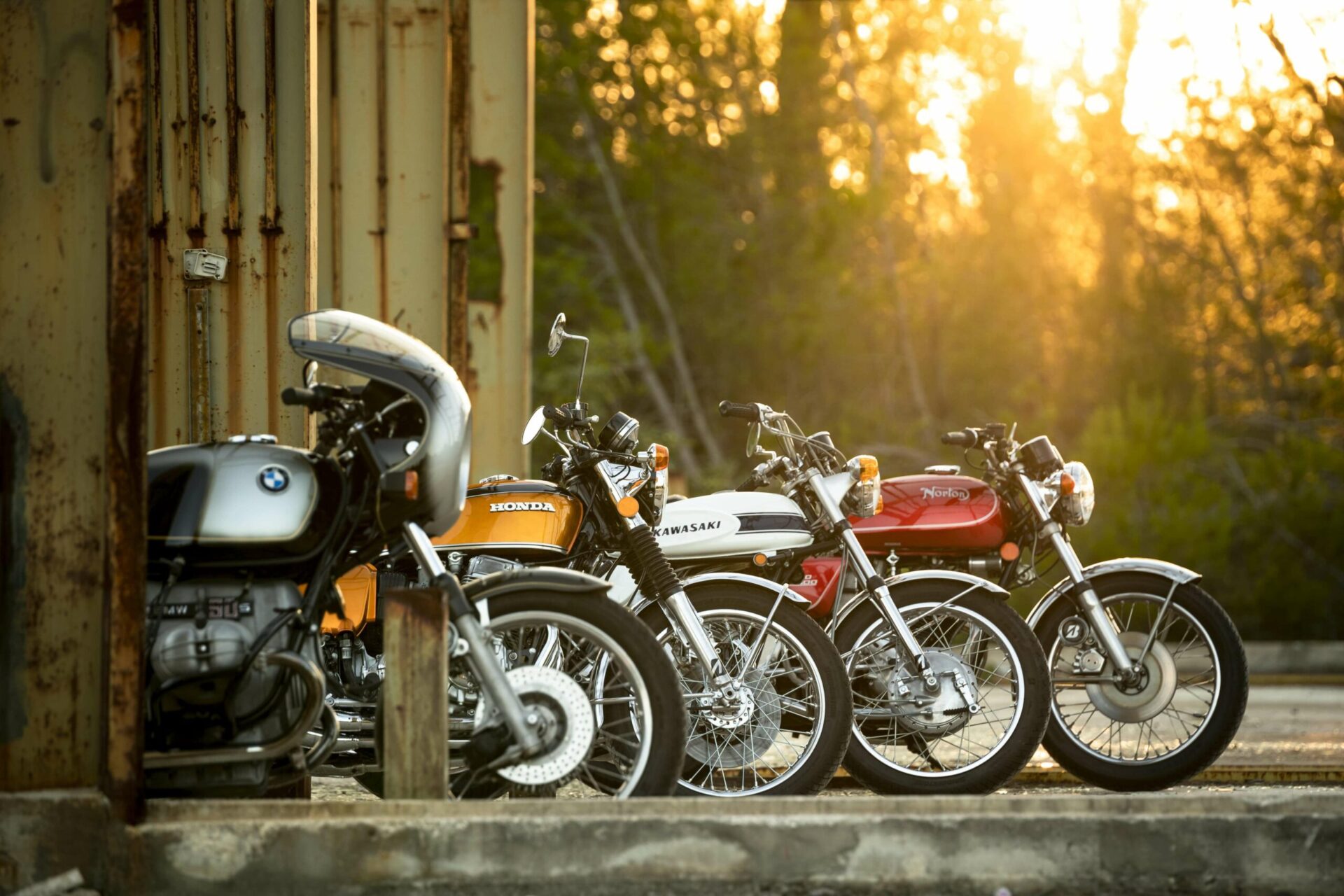 Imagine: You’re standing in Punta Skala (Croatia) with the most amazing, exquisite collection of classic motorcycles you can imagine. There are twins, triples, four cylinders, six cylinders, two-strokes, four-strokes, left shift, right shift. All real icons of almost three decades of motorcycle history. All equipped with Bridgestone’s Battlax BT46 tyres. Which one will be your favourite then? Steve Parrish, Alicia Sornosa and Joost Overzee rode on some of the best roads in the world to select their favourite Classic Bikes.

In the 3rd episode of our Bridgestone Classic Rides series Steve Parrish tests the most eclectic mix of motorcycles you can imagine. He takes a closer look at the battle between Europe and Japan. The British thought they were invisible – there was an element of arrogance. They were definitely underfunded. Then came the invasion of the Japanese machines: high revving multi cylinders. Most people did not think they would not last that long, including Steve Parrish. But ultimately, they were the end of the British motorcycle industry. And then off course you got the Germans. The precision engineering, the machine that will always get you home. Which classic will be his favorite: the BMW, the Norton, the Honda or the Kawasaki?

Watch the 3rd episode to find out!

Take a closer look at the selection of Eclectic Motorcycles to decide which one is your favourite.

The new Franco-Japanese alliance Yoshimura SERT Motul have clinched a victory in their first outing at the 24 Heures Motos, pushing the Bridgestone tyres...
Read more
Motorcycle

Racing season is just around the corner. How exciting is that? In order to bring you up to speed about the calendar, the races...
Read more
Motorcycle