Racing season is just around the corner. How exciting is that? In order to bring you up to speed about the calendar, the races and the racing teams, we have put together a handy overview below so you can fully enjoy the upcoming racing season.

This year, four races feature on the FIM Endurance World Championship schedule. The season starts at Le Mans in France with the 24 Heures Motos being held on 12 and 13 June. Three other major races will also return to the calendar in 2021:

This racing season, several teams have chosen to ride with Bridgestone tyres, including 3 title contenders. What do you already know about these 3 teams contending for the EWC crown? Get to know them a little better in the overview below. 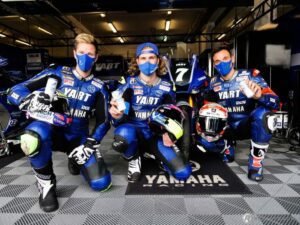 YART (Yamaha Austria Racing Team) is a World Endurance Championship racing team that was founded in 2001 by owner and Team Manager Mandy Kainz. YART is based in Heimschuh, a small village in the south of Austria. Their success story started in 2003 and 2004 when they achieved their first podiums. YART finished third overall in the 2005 World Championship, starting a five-year run during which, they never finished outside of the top three.

In 2009, the team achieved the ultimate goal with their Yamaha YZF-R1 winning the 2009 World Endurance Championship – they won the legendary 24 Hours of Le Mans race, the 8 Hours of Oschersleben, the 8 Hours of Albacete and the 8 Hours of Doha. So YART have achieved 34 podiums with 10 victories, one world champion title and 13 fastest race laps. In recent years, they have also enjoyed a great winning streak:

Curious to see what victories they can add to their record this year?

Click here to get to know the YART manager and riders 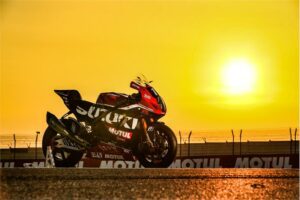 Suzuki Motor Corporation has joined forces with Yoshimura Japan to form a new factory team for the 2021 FIM Endurance World Championship. Yoshimura was founded in 1954, and ever since has manufactured power tuning equipment for four-stroke racing engines and has produced motorcycle parts and accessories. The company was one of the first Japanese teams to race abroad, competing in motorcycle races in the US from 1971 onwards, while also establishing a base there for racing activities the following year. In Japan, the company had victories in many races, including being the first winner of the first ever Suzuka 8-Hours Endurance Race in 1978. As a globally renowned engine power tuner, they contributed to the development of motorcycles: Yoshimura first cooperated with Suzuki in 1976, developing the four-stroke GS750 into a racing machine. Together, the two companies have competed in many racing events, right through to the present day.

With the intention of regaining the EWC championship in the 2019-2020 season, Suzuki further developed the GSX-R1000R machine together with SERT and Yoshimura. For the 2021 season, Suzuki’s goal is to grow in strength by entrusting operation of the team to Yoshimura and competing for back-to-back championships as Yoshimura SERT Motul. The racing know-how that SERT has earned over the years, combined with Yoshimura’s expertise in race machine tuning and team management, will form a new cooperation and team that embodies the Team Suzuki spirit and is ready to defend the EWC title.

It will be very exciting to see this newly assembled team race this season! 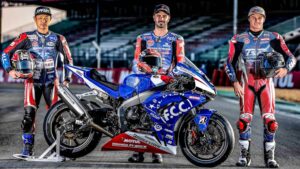 F.C.C. TSR Honda France’s long history is inextricably linked to Honda’s own history in Japan. TS, or Technical Sports, was created in 1963 by Teruyoshi Fujii after a career as a Honda factory rider in the Grand Prix. With the help of his friend Soichiro Honda, the brand’s founder, he established Technical Sports at Suzuka – where Honda had just built a racetrack – in order to manufacture spare parts for racing bikes. In 1984, his son Masakazu Fujii took over the reins of TS.

1988 was a pivotal year for the Technical Sports race team. They claimed their first victory at the Suzuka 4 Hours and partnered up with F.C.C., a Suzuka-based manufacturer of spare parts and clutches. This enduring partnership has lasted for more than 30 years.

In 1990, TS participated in the Suzuka 8 Hours for the first time, finishing 26th. Masakazu Fujii’s team has been on the starting grid of the race in Japan every single year since. In 1991, TS were renamed TSR (Technical Sports Racing) and stepped up their ambitions, entering the GP 125 championship.

The team then decided to push on beyond Japan and the 8 Hours. In 2016, the team signed up as an FIM EWC full-season entry and obtained a noteworthy 3rd-place finish in the 24 Heures Motos. The next season, they placed 4th overall in the 2016-2017 FIM Endurance World Championship. After establishing a partnership with Honda’s French subsidiary in the 2017-2018 season, the team became known as F.C.C. TSR Honda France. They took the win at the 24 Heures Motos and the 8 Hours of Oschersleben, as well as the FIM EWC world title. It was an important first for a Japanese team.

We are gearing up to closely follow their racing adventures!

Click here to get to know the F.C.C. TSR Honda France manager and riders

The end of the year is approaching. The ideal time to look back on the past FIM Endurance World Championship racing season. Can you...
Read more
Racing news

The end of the year is approaching. The ideal time to look back on the past FIM Endurance World Championship racing season. Take a...
Read more
- Advertisment -