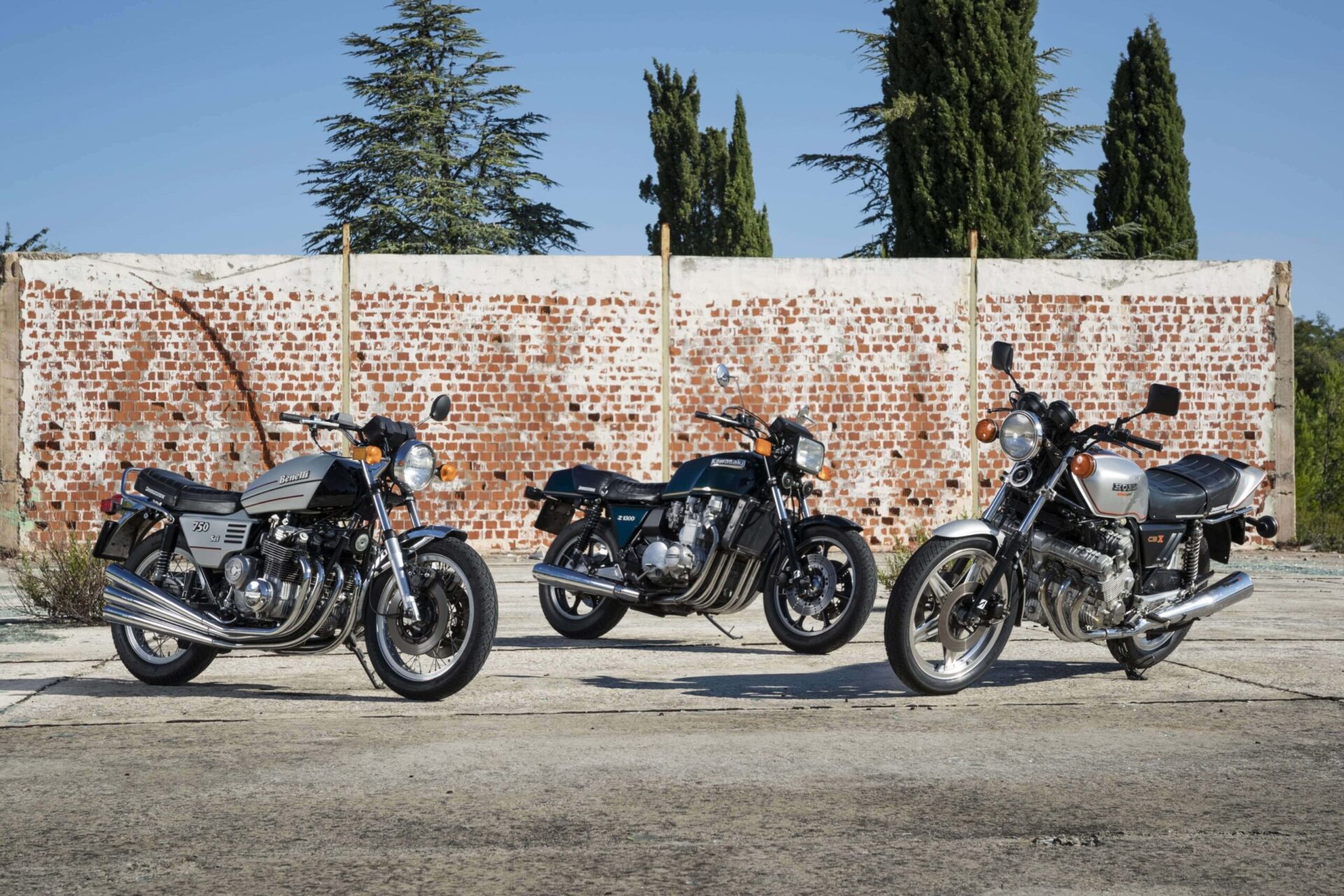 Imagine: You’re standing in Punta Skala (Croatia) with the most amazing, exquisite collection of classic motorcycles you can imagine. There are twins, triples, four cylinders, six cylinders, two-strokes, four-strokes, left shift, right shift. All real icons of almost three decades of motorcycle history. All equipped with Bridgestone’s Battlax BT46 tyres. Which one will be your favourite then? Steve Parrish, Alicia Sornosa and Joost Overzee rode on some of the best roads in the world to select their favourite Classic Bikes.

We say, “the Monsters of the seventies”, you say “six-cylinder motorcycles”. That’s right, they were built to impress – with plenty of six appeal. In the 4th and last episode of our Bridgestone Classic Rides series Steve Parrish, Alicia Sornosa and Joost Overzee ride the monsters of the seventies – when bigger was better. They would pass anything, but a fuel station and they were absolutely huge. Which six appeal motorcycle will be their favourite: the Kawasaki, the Benelli, or the Honda?

Watch the 4th episode to find out!

Take a closer look at the selection of Six-Cylinder Motorcycles to decide which one is your favourite.

Motorcycle holidays are one of the most exciting adventures you’ll ever have. Riding alone, with a passenger or in a group to a far...
Read more
Motorcycle

The new Franco-Japanese alliance Yoshimura SERT Motul clinched a victory in their first outing at the 24 Heures Motos, pushing the Bridgestone tyres to...
Read more
- Advertisment -